International Women’s Day 2022: It is celebrated every year on 8 March. The day celebrates the cultural, political, and socio-economical achievements of women and girls.

Women are breaking barriers and achieving the impossible every single day. Efforts are made to make aware that women should be given equal rights. 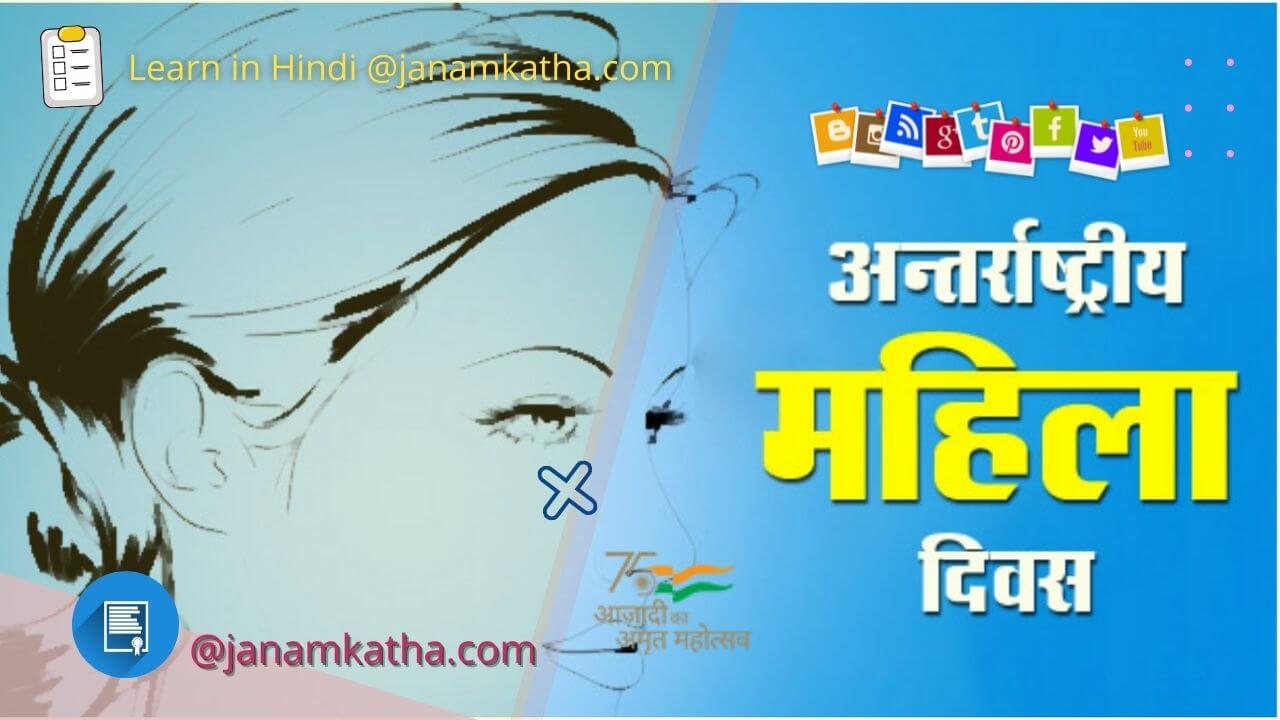 International Women’s Day 2022 Theme, History, When, Why is it celebrated?

In 1910, the Socialist Party of America organized International Women’s Day on February 28, 1909. The Soviet Union declared March 8 as a national holiday after women were granted suffrage in 1917.

After 1975, this day was also approved. In 1977 the United Nations General Assembly invited member states to declare March 8 as International Women’s Day. Its purpose is to promote women’s rights and world peace.

Why is Women’s Day celebrated on 8 March only?

Purple, green and white are the colours that represent International Women’s Day.

Purple is associated with justice and dignity.

The colours were assigned by the United Kingdom in 1908 by the Women’s Social and Political Union (WSPU).

In the year 2022, the theme of International Women’s Day is “Break the Bias” “Eliminate Bias”.

The theme of International Women’s Day in 2021 is “Women in leadership: an equal future in a COVID-19 world”.

The theme underlines the contribution of girls and women across the world as workers, innovators, etc., during the Corona pandemic.

1996  Celebrating the Past, Planning for the Future

1999  World free from violence against women

2007  Ending violence against women and girls

2008  Investing in Women and Girls

2011  Equal access to education, training and science and technology: a road to betterment for women

2013  A promise is a promise: a time for action to end violence against women

2014  Equality for women, progress for all

2021  Women in Leadership; Achieving a common future in the post-COVID-19 world

This year, Women’s Day will be celebrated to mark the 25th anniversary of the Beijing Declaration and Platform for Action, created by UN Women to fulfill the most visionary agenda for women’s rights and empowerment.

A body with a report was also created to review the impact of the Beijing Declaration. This suggests “significant progress” in the areas of education and health, while “stagnation and reversals” in other areas.

International Women’s Day has been observed since the early 1900s, during a period of considerable turmoil in the industrialised world marked by rapid population expansion and the rise of radical ideologies.

Women’s persecution and inequality prompted them to become more vocal and involved in the movement for reform in 1908. Around the same time, 15,000 women marched through New York City, demanding shorter work hours, higher pay and the right to vote.

A year later, on February 28, 1909, the first National Woman’s Day was celebrated across the United States, according to a declaration by the Socialist Party of America. Until 1913, women continued to commemorate national Woman’s Day on the last Sunday of February.

In 1910, Copenhagen hosted the second International Conference of Working Women. Clara Zetkin, German Marxist theorist and activist, proposed the concept of International Women’s Day. She recommended that every year on Women’s Day a celebration be held in every country to honour women’s fight for their demands.

Is there even an International Men’s Day?

Yes. There is also International Men’s Day, which is celebrated on 19 November. But it has been organized since the 1990s and till now it has not been recognized by the United Nations.

I hope, this article about “International Womans Day 2022 – Theme, History कब, क्यों मनाया जाता है?“ is very informative for you.

NEET SS 2022 Counselling: Round 1 provisional result out at mcc.nic.in

NEET SS 2022 Counselling: Round 1 provisional result out at mcc.nic.in

More than 90% of consumers are curious about the Metaverse: Capgemini