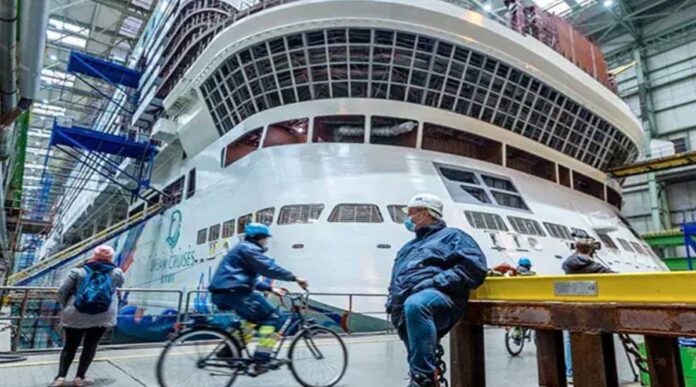 The world’s longest and luxury cruise ‘Global Dream Two’ is not finding any buyers. The condition has become such that the company making it is now preparing to sell it in scrap. Company owners say they will wait another week. After this the auction process for scrap will start. Let us tell you that this ship has been built by a company named ‘Dream Cruise’. However, this company was closed earlier this year along with its parent company ‘Genting Hong Kong’.

Also READ  Do not throw orange peel very beneficial for the skin Know how to use-...

The owners of the company have also gone bankrupt: The biggest reason for the closure of the company is said to be the corona epidemic. Bloomberg quoted cruise industry magazine ‘An Bord’ as saying that the company’s bankrupt owners are not finding any buyer for this ship. Because of this, the ship is standing in a shipyard in Germany. Let us tell you that this ship is not even ready yet.

According to the owners of the cruise company, if no buyer is found, then some part of the ship will be sold at scrap price. While there is a preparation to sell all the equipment, machines and tools etc. According to reports, now the attention of the owners is now on another ship ‘Global Dream’, which has become ready in a way.

Also READ  Fitness News: Know whether to drink water immediately after doing gym or not? In 5...

Let us tell you that the German port where this cruise was being prepared has also been bought by another German naval unit based company. The company is preparing to build military ships from the year 2024 amid rising tensions between Russia and Ukraine. This company (Thyssenkrupp Marine Systems) based in Kiel city of Germany says that it needs a bigger port by the end of the year 2023.

Also READ  planning for the child get the blood sugar test done know why important...

Despite the decline in Bitcoin, the green color dominates the crypto market today, gains in many altcoins including Dogecoin

If you want to travel peacefully, then you can avoid scams and frauds during travelling.