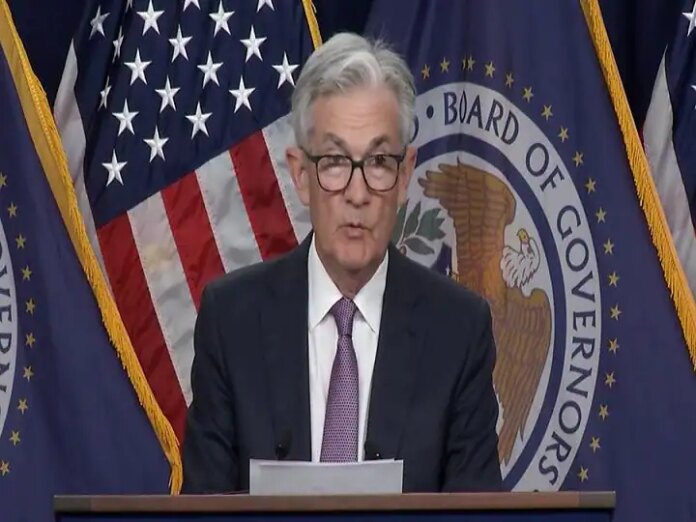 US Federal Reserve Bank Hikes Interest Rates: The economy of the whole world is going through a very difficult period due to Corona epidemic and Russia-Ukraine war. Inflation is increasing all over the world including India. It has also had a very bad effect on the world’s superpower America (United States of America). In the US, the inflation record of the last years has been broken and this has had a very bad effect on the lives of the common people. In such a situation, in order to control the inflation rate of the country, the US Federal Reserve has decided to increase its interest rates by taking a big decision. The Federal Reserve has increased interest rates by 0.75%. After this it has reached between 3 to 3.25%. It is worth noting that the interest rate is the highest ever since the recession of 2008.

Wednesday’s decision
According to media reports, Federal Reserve officials had a high-level meeting regarding rising inflation in the country. In this meeting, there was a discussion about the ways to control the rising inflation rate in the country. After this, Federal Bank announced that the interest rates of the bank have been increased by 0.75%. This information has been given by the chairman of the bank, Jerome Powell. This decision is likely to give a major blow to the US economy.

At today’s meeting, the Federal Open Market Committee raised its policy interest rate by 3/4 percentage points, bringing target range to 3-3.25%. We’re moving our policy stance that will be sufficiently restrictive to return inflation to 2%: Jerome Powell, chair of US Federal Reserve pic.twitter.com/hYhfdLK7lS

loans will be expensive
Giving information on this matter, Jerome Powell said that the Federal Reserve is taking every necessary step to control the rising inflation in the country. Along with this, he said that the bank will continue to take such steps to control inflation in future also. Many experts believe that Federal Bank can increase its interest rates to 4.40% by the end of this year and 4.60% by next year. This will reduce the demand for things in the market and will help in controlling inflation. Along with this, debt will also become expensive due to this decision and this will increase further pressure on the US economy. An increase in interest rates can also increase unemployment in the country.

Federal Reserve Bank hikes interest rate for the third time
The US Federal Reserve is continuously increasing its interest rates to control the rising inflation in the country. The bank has increased its interest rates for the third time in a row and now it has reached from 3.00% to 3.25%. Let us tell you that the condition of the public in America is very bad due to inflation. Inflation has broken the record of last 40 years. Because of this, the Biden administration is under constant pressure.

Also READ  World Bank Says Risk Of Recession In 2023 Know How India Will Get...

US economy to grow by just 0.2%
Federal Reserve officials estimate that this decision is going to have a bad effect on the US economy and it will grow by just 0.2 percent this year. Earlier experts had hoped that the US economy would grow at 1.7 percent, but the effect of the Federal Bank’s increasing interest rate would be visible in the next few days. Along with the reduction in jobs in the country, unemployment will also increase. Due to this, there may also be a recession by next year.

Petrol Diesel Price Today: After the fall in the prices of crude oil in the international market, did petrol and diesel become cheaper? Know today’s latest rates