Sherdil: The Pilibhit Saga Movie Review- This average film with an important message rests on the shoulders of Pankaj Tripathi

,Something is happening that the animals are running towards the village, the villagers are towards the city and the people of the city that their hunger never ends..“Gangaram says in court with a sense of urgency, helplessness and distress. This film by director Srijit Mukherjee is connected with the strings of subjects like jungle, village, city, government, poverty. The film wants to keep many ideas related to environment and human beings. Some things succeed in reaching the heart, some do not.

The film is inspired by true events, when elders of local families were allegedly sent to the forest as a hunt for compensation, near the Pilibhit Tiger Reserve. 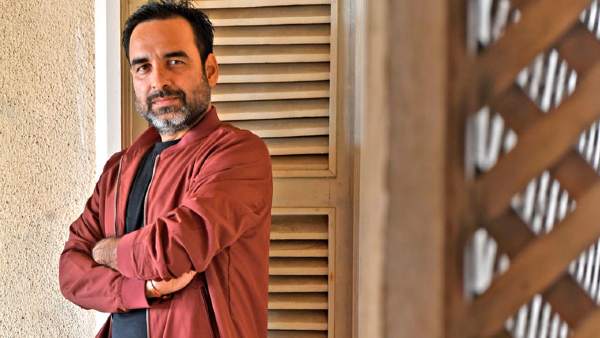 Sherdil is the story of Gangaram (Pankaj Tripathi), the sarpanch of Jhundao village, who is tired of commuting to government offices with complaints of poverty and hunger in his village. In such a situation, one day Gangaram’s eyes fall on a notice, in which it is written that if a person becomes a victim of a tiger near the tiger reserve, then his family will be given a compensation of Rs 10 lakh from the government. After this Gangaram also makes up his mind to follow this path. He goes on to persuade his wife Lajo (Sayani Gupta) and the villagers to make a tiger food in the dense forest, so that his village can claim compensation for his death. But the world of the jungle is no less than an illusion for Gangaram. In the jungle, he meets Jim Ahmed (Neeraj Kabi), a hunter. The whole story revolves around a tiger has come to become a victim and to hunt a hunt.

The directors try to give important messages on issues like nature, development, poverty, religion. But they fall prey to weak writing. The first half of the script, especially, feels sloppy and sloppy and relies only on Pankaj Tripathi’s signature style of delivery. The dialogues between Pankaj Tripathi and Neeraj Kabi in the second half attract attention. But the strength that the film and the characters demand from the script proved to be insufficient here.

Tiyash Sen’s cinematography makes the story strong. From the greenery of the dense forest to the government office, he has captured his camera beautifully. Pranay Dasgupta’s editing could have been a bit tighter. Many scenes in the film seem to be repetitive, which do not contribute except to increase the duration. The music of the film is given by Shantanu Moitra, which maintains the authenticity of the story. There are four songs in the film and the good thing is that all move along with the story.

Talking about acting, from the first scene till the end, Pankaj Tripathi has maintained his hold. One can say that that is the only reason that keeps you attached to the film. Innocence, helplessness, anger, anguish, courage… he has easily brought all kinds of emotion on the screen. Neeraj Kabi is frozen in his character. Some of the strongest scenes of the film have been shot between the two actors. Sayani Gupta is a fine artist, but here she doesn’t have any memorable dialogues or scenes in her hands.

see or not see

Overall, ‘Sherdil’ is an average film with a good intention and a good cast. If the writing and editing of the film had been fine-tuned, it could have turned out to be a very strong film. In a scene in Sherdil, Pankaj Tripathi’s character Gangaram tells a villager, “We are both, fearless and leader too.”, Interestingly, just like the character, the actor carries the entire film fearlessly on his strong shoulders. 3 stars to ‘Sherdil’ from Filmibeat.

‘Dhokha Round D Corner’ movie review: If you like to watch suspense thriller, then here you can get cheat

Chup movie review: Dulquer Salmaan is the star of this quintessential thriller by R Balki

‘Jogi’ Review – The story of friendship in the fire of riots, Diljit Dosanjh touches hearts with acting

How To Boost Immunity Know About Four Milk Based Drinks

Budget 2023: With the decision to impose tax on high value insurance policies…