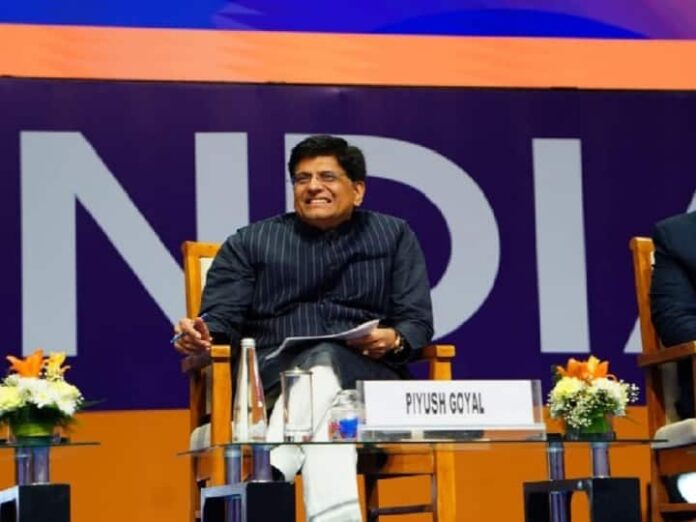 Apple Target Raising India Production: Union Minister of Commerce and Industry Piyush Goyal (Union Minister of Commerce and Industry) has given a big statement regarding the iPhone maker Apple. Minister Piyush Goyal said that Apple is planning to increase manufacturing in India. According to media reports, Minister Piyush Goyal said at the opening meeting of B20 India organized by industry body Confederation of Indian Industry (CII) on Monday that due to the favorable business environment in India, global companies are being helped to set up their base here. Many companies are in line to work in the country.

There will be so much manufacturing in India

law and order in india

Piyush Goyal said that the law and order situation in India is quite sound, government policies and business models have been made transparent for companies. Sharing the success stories of some foreign companies, Goyal said that due to this India is emerging as a suitable destination for foreign investors.

This company is manufacturing

Manufacturing of iPhone for the company in India is being done through electronics companies like Foxconn, Wistron and Pegatron. He said that this year is going to be challenging for the whole world. Inflation is very high in many countries but even in such circumstances the prices in India are under control.

Minister Goyal said that the average inflation rate during the tenure of the Modi government would be 4.5 per cent, while earlier 10-12 per cent inflation was common. At a time when the developed economies have slowed down, the Indian economy is emerging as the fastest growing economy in the world due to the steps taken by the Narendra Modi government. He said that this situation has arisen due to the Corona epidemic and the Ukraine-Russia war.

What did Minister Ashwini say on Apple

Earlier in November last year, Telecom and Information Technology Minister Ashwini Vaishnav had said that the largest manufacturing unit of Apple iPhone is going to be built in Hosur near Bengaluru in Karnataka, which will employ about 60,000 people. Will be able to get employment.

The inputs in this news have been taken from the agency.