FIFA WC: Who is Ramos to replace Ronaldo? World Cup for Portugal

listen to the news

listen to the news

The fever of the FIFA World Cup is running high among the fans. All the matches of the Round of 16 i.e. Pre-Quarterfinals have been played and the tournament has got its last eight teams. Teams from Argentina, Netherlands, Croatia, Brazil, France, England, Morocco and Portugal have reached the quarterfinals. On Tuesday, Portugal defeated Switzerland 6–1 in the last round of 16 match. Gonzalo Ramos played an important role in Portugal’s victory. Ramos scored three goals. This was the first hat-trick of the FIFA World Cup 2022.

The 21-year-old Ramos scored three goals and made one assist in Portugal’s victory. He was included in Liverpool’s World Cup squad in place of star striker Diogo Jota. However, then no one thought that this young man would make such a big record. This was his debut match in the FIFA World Cup. Also, he was included in the starting playing-11 in place of Cristiano Ronaldo. The pressure was also on him, but Ramos kept this belief and decided the victory of Portugal. 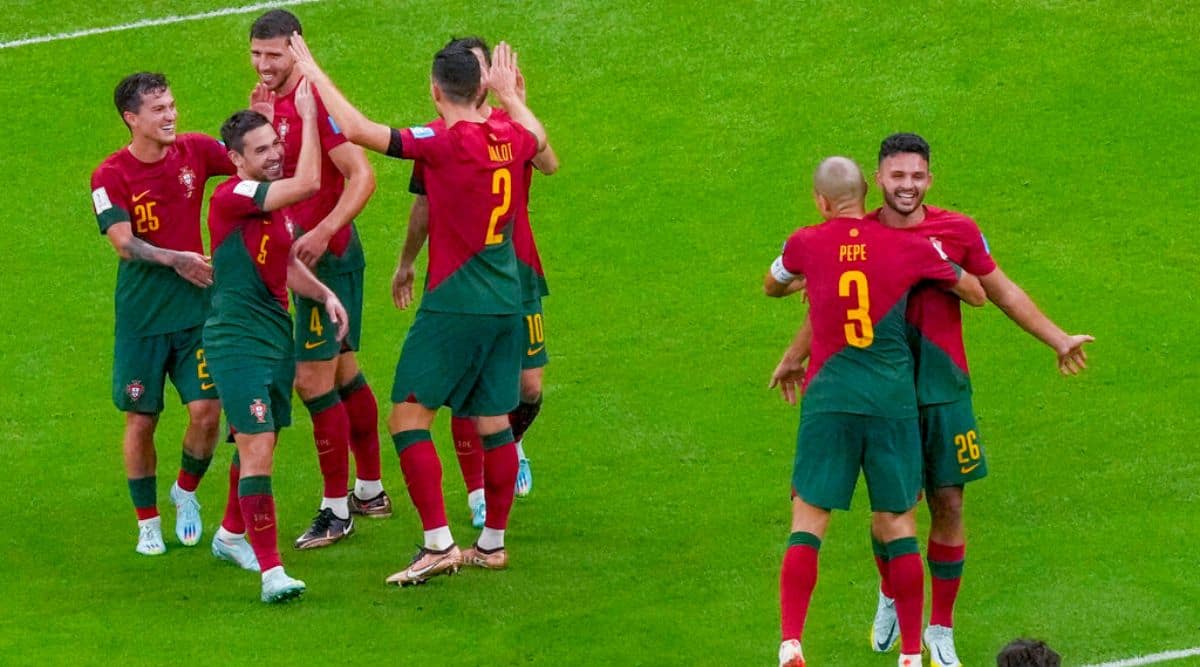 Ramos scored in the 17th, 51st and 67th minutes. Apart from Ramos, Pepe scored in the 33rd minute, Rafael Guerrero in the 55th minute and Rafael Liao in the 90+2nd minute. Ramos became only the second player in the last 20 years to score a hat-trick on World Cup debut. Before him in 2002, Germany’s Miroslav Klose did this in the 2002 World Cup. It was only his fourth match. He has scored four goals in four matches. He scored the last goal in a friendly match against Nigeria in November this year. Ramos has scored more goals in the World Cup knockout stage than Ronaldo. Ronaldo has not scored a single goal in the World Cup knockout stage.
who are gonzalo Ramos?
Ramos was not given a chance during the group stage. Nor did he come to the field as a substitute. Portugal’s team was landing on the ground with Ronaldo. However, in the round of 16, Ramos replaced Ronaldo in the starting line-up and did wonders. Ramos was fielded under strategy. Actually, the team management of Portugal wanted that if the match goes to the penalty shootout, then there should be an experience like Ronaldo. For this reason Gonzalo Ramos was sent. This strategy worked for Portugal. Ramos took full advantage of the opportunity he got. 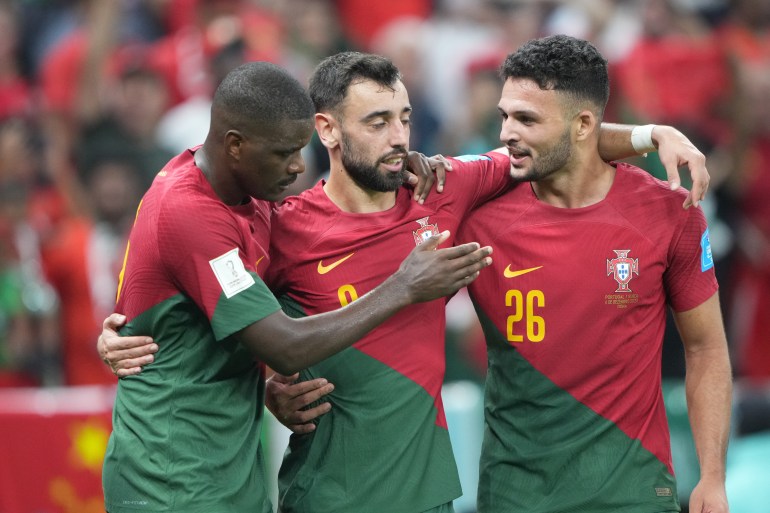 From left- Carvalho, Bruno and Ramos
Ramos had not established himself at international level prior to the World Cup round-of-16 match. However, he was considered to be the best player of all time for the Portuguese football club Benfica. Also, he was being considered as the future of Portugal in the coming times. Ramos has scored nine goals in 11 league appearances for his club Benfica this year. He has also been Benfica’s top scorer. It is believed that after scoring three goals in a match for Portugal, some star clubs can approach him. Gonzalo Ramos’ name first came to the fore in 2019, when he scored the most goals in the Under-19 European Championship and finished as the tournament’s top scorer. At Benfica since 2013, when he was just 12 years old, he was always recognized for his finishing ability. With so many playmakers in Portugal’s World Cup squad, his finishing skills could prove vital for head coach Fernando Santos.

Ramos plays for Benfica club
After the match, Ramos said – I never dreamed that I would make my World Cup debut in a World Cup knockout match and score three goals. However, we have to make a different strategy for each match and think how to win the quarter-final against Morocco. The result doesn’t matter now. We will give full strength in the next game. Ramos was named man of the match after the match against Switzerland at the Lusail Stadium. After the match, he was asked how the dressing room and Ronaldo had reacted to Fernando Santos’ starting line-up. Ramos said – To be honest, no one in the team talked about it. Cristiano Ronaldo did what he did as captain, he helped, he talked to us, not only himself but also my teammates. Ronaldo has always been a role model. He is a role model for many. I also like Robert Lewandowski and Zlatan Ibrahimovic. My favorite position is forward. On the plan ahead and the team’s strategy and challenge against Morocco, Ramos said – it is something that does not concern me. I always go on the field with full preparation. 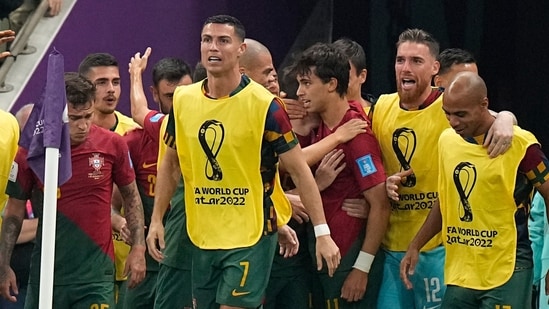 Portugal will take on Morocco in the quarter-finals on Saturday. Morocco defeated 2010 champions Spain in a penalty shootout in the pre-quarter-finals and qualified for the quarter-finals for the first time. He can once again be preferred over Ronaldo and sent to the starting line-up on the field. Portugal had won two out of three matches in the group stage. Portugal had to face defeat in the last group match against South Korea. The team topped Group-H with six points.

The fever of the FIFA World Cup is running high among the fans. All the matches of the Round of 16 i.e. Pre-Quarterfinals have been played and the tournament has got its last eight teams. Teams from Argentina, Netherlands, Croatia, Brazil, France, England, Morocco and Portugal have reached the quarterfinals. On Tuesday, Portugal defeated Switzerland 6–1 in the last round of 16 match. Gonzalo Ramos played an important role in Portugal’s victory. Ramos scored three goals. This was the first hat-trick of the FIFA World Cup 2022.

These are the most beautiful chess players of the country