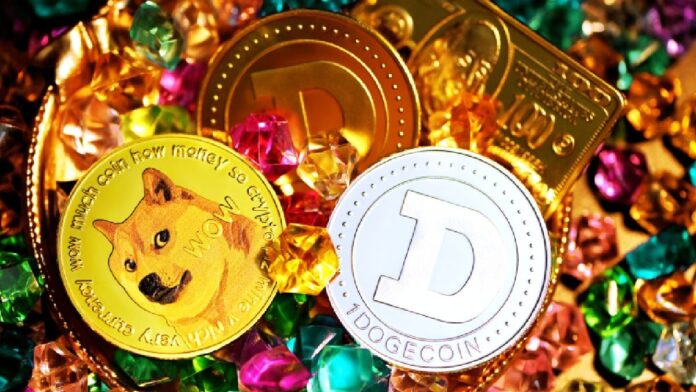 When Dogecoin was started as a joke a few years back, no one imagined that one day this cryptocurrency would be so popular and included in the list of top crypto tokens. Billionaires like Elon Musk are also Dodgecoin fans. But this popularity of Dodgecoin is not only on the outside but it is equally high in the inside world as well. A new report says that Dodgecoin is heavily used in dark exploits.

One of Elliptic Connect Report It has been published, which has revealed that criminals use Dogecoin in large quantities in their dark adventures. According to the report, Dodgecoin is also used in financial fraud, scams, hoax schemes and other serious crimes such as terrorism and child sexual abuse. The revelations point to millions of dollars in Dodgecoin cryptocurrency being used for terrorism and child sexual abuse.

Not only this, the report states that criminals have so far duped people of millions of dollars in the form of Dodgecoin. These include cyber thefts, scams and hoax schemes through which people’s money is stolen and transferred in the form of Dodgecoin. Talking about the price of Dogecoin, it is currently trading at Rs 4.9. Its price has seen an increase in the last few days.

The use of digital currency is now increasing in cyber crimes. Dodgecoin is also accepted in Darkweb, such as drug sales, as a validator for stolen credit cards, and for illegal purchases such as the sale of weapons and stolen goods, etc. The report says that malware and computer viruses are increasingly being found these days that are programmed to steal Dodgecoin. That is, there is an increasing number of computer viruses and malware that steal Dodgecoin from users’ wallets. So far millions of dollars worth of cryptocurrency have been stolen through such tools.

The price of this meme token is often influenced by tweets from billionaire Elon Musk. More recently, Musk tweeted about Dogecoin that he would continue to support DOGE in the future. After which its price has jumped by about 11 percent.

Proving it’s really you in the 21st Century – Cointelegraph Magazine