Android smartphone has become slow, do this to increase the speed 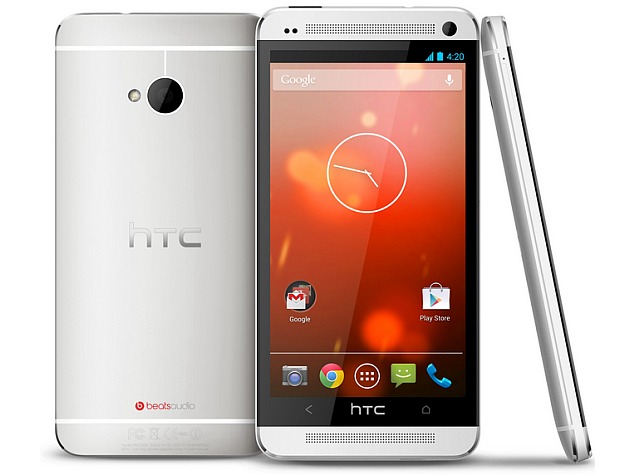 With the passage of time, the capability of the hardware of the smartphone is gradually increasing, but its full potential cannot be used until the phone has the best software. This is the drawback of personal technology, optimization between hardware and software is essential for a fast user experience.

There are many reasons why Android smartphones are slow. In the first few months, the phone runs fine, but gradually it starts to slow down. The user also starts to realize this. Any users who are troubled by the slowness of their Android smartphones, they can use the tips given below.

1. Install Third-Party App Launcher
Most Android smartphone makers customize the operating system on their devices. Skins and launchers designed by the company are used in these phones. Apart from the features of the operating system, new widgets, layouts and other features are given in the company’s user interface. Although some users find these customizations and features useful, they also have the potential to slow down your smartphone. The best way to get rid of this is with a third-party launcher. This will remove most of the custom features, as well as give you the option of personalization.

2. Remove useless apps, wallpapers, widgets
If the user has installed a large number of apps on his phone, then this can make his smartphone slow. The user needs to ask himself whether the apps he has installed are using it. If not, take him off the phone. Some apps cannot be uninstalled, especially those provided by the smartphone manufacturer. In such a situation, it would be right to disable them. Live wallpapers and too many widgets on the home screen can also slow down your smartphone. If users are facing this problem, then they should think about using static wallpapers and also remove less important widgets.

3. Disable unnecessary background processes, check syncing apps
Some apps start working as soon as the phone is started. At the same time, some keep syncing with online services continuously. Both types of apps can dramatically slow down a smartphone. To know which apps are running in the background, the user should go to the Apps section in Settings. Then swipe up on the ‘Running’ tab. If there are apps that are running in the background and they are not used, then such apps should be uninstalled. If these apps cannot be removed then they should be disabled. After this, one more thing needs to be checked whether there are apps that are syncing in the background, and users are able to use the benefits of syncing. If not, users can turn off synchronization in the background. Doing so saves both data and system resources.

To do this, go to Settings, then select Data usage. (You can find a separate section called ‘Usage’ under the ‘Wireless & networks menu, though this will depend on the Android version) And scroll down to check which app is using the data.

After this, users can turn off synchronization by going to the settings of each app, or by going to the ‘Data usage’ section and selecting the ‘Auto-sync data’ option (although this is not in every Android version) which can be turned off. could.

To do this in any Google app or service, users need to go to Settings>Accounts>Google>UserProfile. Here you can turn off every single Google app and service.

Apart from this, Android smartphone users must install Advanced Task Killer. This app closes all those apps which are using too much memory or slowing down the device due to any other reason.

4. Clear the cache of the app
Apps that are used frequently, their cache starts building up which can slow down any Android smartphone and users can increase the speed of their device by continuously deleting the cache of every app used. Sadly, this is a regular process. So the caches will be rebuilt as soon as they are launched. To delete the cache of each app, users need to go to Settings>Apps. Select the required app and click on the ‘Clear cache’ button.

5. Disable Animations
Animations typically work between graphical transitions in menus, app drawers, and other interface locations. These systems use resources and are regularly active during the use of the smartphone. These are of no use except to improve the experience of using the smartphone. If users feel that their device is slowing down, they can turn off the animations. It will not have any significant effect on daily use.

Sadly, turning off animations is not an easy task. This option is often hidden in the ‘Developers options’ section. To access ‘Developers options’, users need to go to Settings>System>About Phone. Here they can see the ‘Build number’ of the phone. After tapping on ‘Build number’ seven times, users will see ‘Developer options’ in the system menu. Here all types of animations can be turned off. Users must keep one thing in mind that they should not tamper with any other option in this section.

6. Clean Up Built-in Storage
If your smartphone’s built-in storage is almost full, then your smartphone may be too slow. Between 10 and 20 percent of the phone’s total built-in storage should be available or free to avoid slowing down the phone. The easiest way is to delete all the apps that you are not using. And by clearing the cache, you can also make space in the storage. However, the user should look for solutions that last longer. Most smartphones have the option to expand the built-in storage via microSD card.

If the user’s smartphone has the option to increase the storage of the microSD card, then they should move all their photos, music and videos to it. Apps can also be moved from internal storage to SD card. For this, you have to go to the settings of the app. After going to Settings>Apps, navigate to each app. Some older versions of Android do not support this feature and for this the user has to download the ‘Apps to SD card’ app from the Google Play store.

7. Update Firmware
Although some updates can prove to be harmful for your phone, but in general, updating the firmware of the smartphone brings many kinds of improvements. This mainly includes performance optimization. Users who have complaints about the smartphone should check if the manufacturer has released a firmware update for the phone.

For this, the user should go to Settings>System>About>Software Updates to check if over-the-air updates are available. If there is no update here, users should check for the update by connecting their smartphone to the PC suite software provided by the manufacturer.

Although most updates do not require the user to back up their smartphone before updating, our suggestion would be to do so. Do you know if something went wrong?

8. Root the phone and install custom ROM
Well, we will not recommend this method to every user, it is only for power users. The problem of slowing down of Android smartphone is solved through this. In this method, the user has to install a custom ROM on his device, which is more lightweight and also uses less resources than the customized UI and firmware of the manufacturer. This method is like installing third-party app launcher. However, its impact is huge because through this you change the software of your phone.

There are many guides and solutions available on the internet to root the device and install custom ROMs. The XDA Developers Forum is a great option. Would suggest to the users that it is very important to read the instructions and discussion regarding customized ROM. You can also visit CyanogenMod’s website, there are many installation tools available and ROMs are also mentioned.

One thing to be aware of is that rooting a smartphone or installing custom ROMs on them is a very cumbersome task, and there is also a risk of data loss. It may also happen that your device may stop working. Doing so voids the manufacturer’s warranty.

Gaming Is Evolving Into a Lifestyle for Young Gamers, Boosting PC Demand in India

How to Upload Documents to DigiLocker